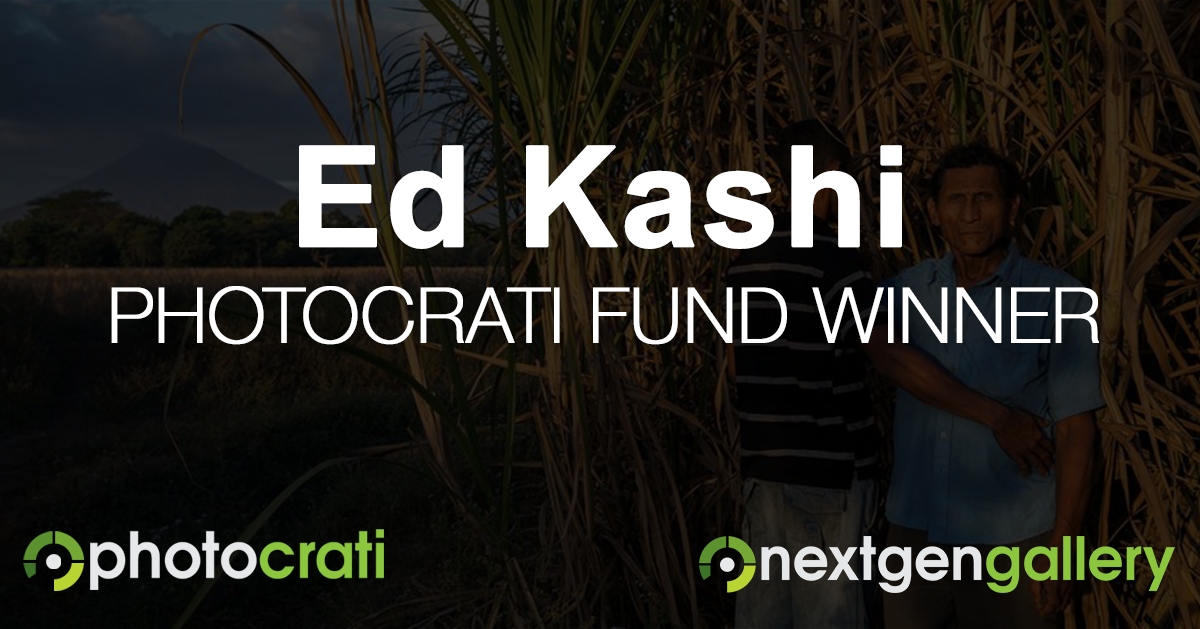 Photocrati is excited to name esteemed photographer Ed Kashi as the 2014-2015 Photocrati Fund Fellow for his work documenting the epidemic of Chronic Kidney Disease (of unknown causes) among sugar cane workers in Chichigalpa, Nicaragua. End-stage renal failure impacts nearly one-third of the men in this town, frequently referred to as the “Island of Widows”. Called a “silent killer” the disease is often not identified until kidney failure is imminent. Expensive urgent medical care is often out of reach or unavailable for the sugar cane workers.

Kashi’s powerful imagery adds an important element to the ongoing efforts to understand the underlying cause of this scourge. Research presently indicates harsh working conditions combined with severe heat, dehydration and environmental toxins likely contribute to the rising death toll.

With this grant, Kashi plans to further his documentary work in partnership with local NGOs such as La Isla Foundation to raise awareness and advocacy for CKDu and improved working conditions, and to improve available support for families of suffering sugar cane workers.

Kashi’s project was selected from a competitive group of more than 400 applicants by the 2014 – 2015 Photocrati Fund juror panel which included some of the world’s premier environmental and humanitarian photographers: Jim Brandenburg, Steve McCurry, and Steve White.

Second Place goes to documentary and travel photographer, Jacob Maentz for his ongoing work on The Forgotten Ten (Katutubong Filipino Project). With this project, Maentz seeks to raise awareness of the social and land rights challenges and pressures that the diverse, culturally-rich indigenous Filipino population presently faces.

Third Place goes to renowned photographer Paula Bronstein for her ongoing work The Forgotten Frontline: Women in Afghanistan. This powerful project endeavors to give voice to the complicated struggles and successes of Afghani women “between life and war”.

Share on FacebookShare on LinkedInShare on TwitterShare on PinterestShare on Email
Tags: $5000 grant for photography, Photocrati Fund