I remember when I started on my journey to become a photographer, I came across the phrase “lens compression” – but it wasn’t explained.

With an engineer’s background, I readily grasped such concepts as the field of view is wider for lenses that are shorter– because if you take a paper tube, and look through it, the longer the tube, the less field of view you can see at the end. Gotcha.

But I still couldn’t find a good example of this strange phenomenon that people kept talking about – lens compression.

Lens compression is what happens when you take a picture with a longer lens – it apparently compresses the foreground and the background, and makes stuff appear closer together than in real life. With wide-angle lenses, the opposite effect occurs.

For example, let’s take a look at two pictures: 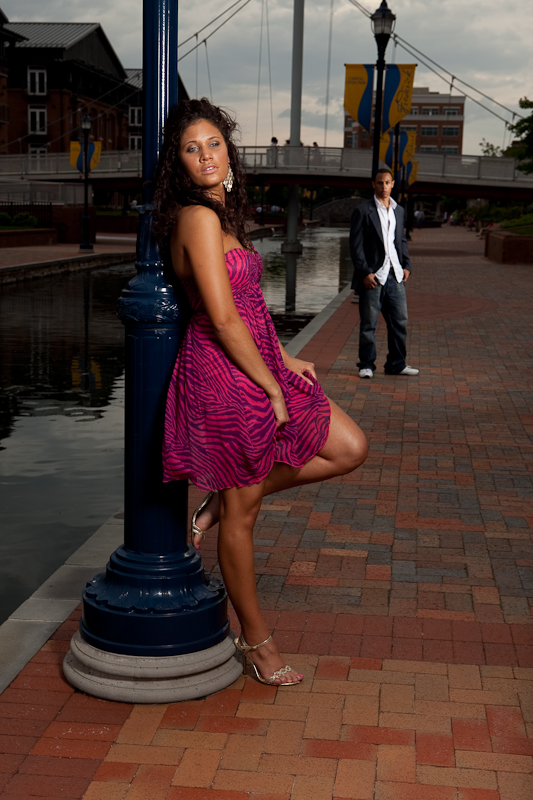 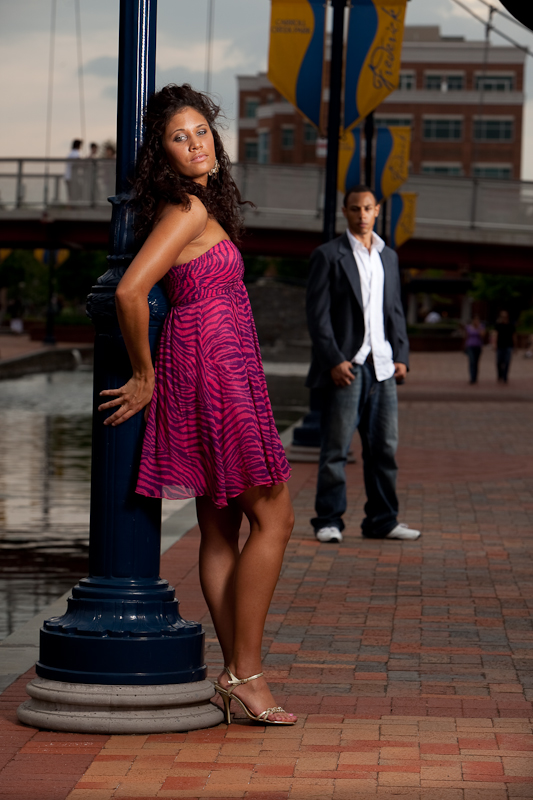 The first photograph was taken with a 24-70 lens, set at 52mm. You can see how far away the guy in the back appears.

The second photograph was taken with a 70-200 lens, set at 130mm. In order to have the front model be the same size, I had to back up quite a bit.

Look at how much closer the guy in the back appears to be to the front model. Notice he is also larger (which some might think is a function of him being closer, but he actually did not move).

I remember a conversation I was listening to with Don Giannatti – I know, I quote him quite a bit, but he was here recently, and he talks a lot (which is good). Anyway, he was looking at a picture of someone, and reverse engineering the photo.

“Well, we can see a lot of the ears, so obviously this was taken with a longer lens,”   Don said.

Whoa! Eureka moment. As you back up your viewpoint, yet magnify what you see, your subject stays the same size; however, the edges of your field of view become closer and closer to parallel.

So, if you imagine two rays shooting out from our eyeballs, in the long-lens scenario, the rays are staying fairly close together from our head, past the first model, and to the second model. Ergo, he looks similar in size to the front model. With the smaller lens, the rays from our eyeballs fan out, so the back model occupies a smaller angle of view compared to the first long-lens example, so he appears smaller. With the lens, the rays are the left and right side of the lens view.

So, extending the principle, if we got a very long lens, and backed up very far, the model in the back would appear to be the same size as the model in the front. The amount of compression is related to the relative distance between the front and back model, and the viewer (the camera, in this case). The same principle applies when using distance ratios for lighting. 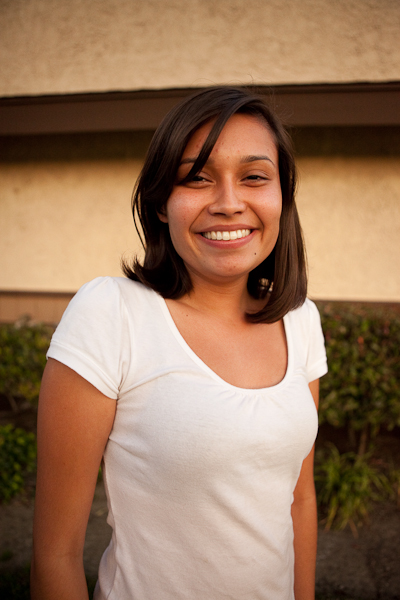 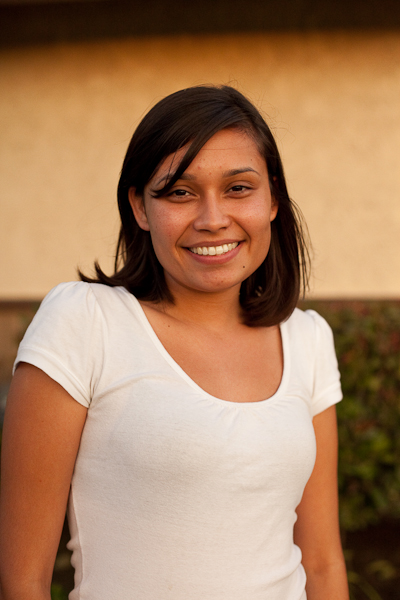 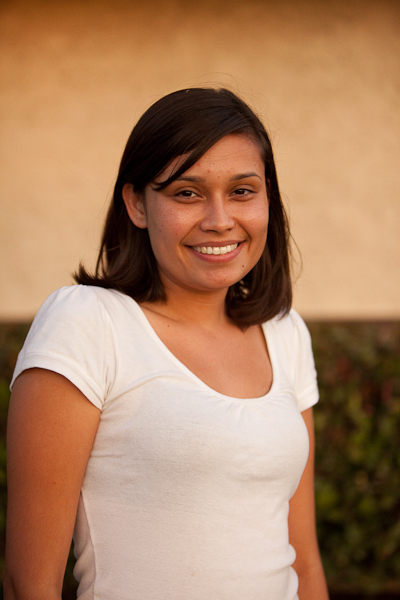 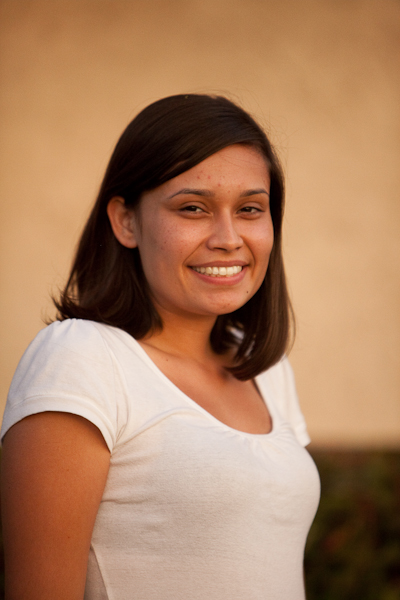 You’ll notice that in the first picture, her face is, for lack of a better term, bulbously distorted.   Maybe there is a culture somewhere in the world where this is attractive, but in most Western cultures, I believe that flatter faces are viewed as more attractive. The compression of the lens allows for a flatter (front to back) face. If her ears were fully visible, you would be able to see more of the ears in the last photo than the first photo.

As an interesting aside, you’ll notice that her waist appears smaller in the first photo than the last one. Hmm. Perhaps that’s a way to differentiate your portrait services – “We can make your waist smaller!   Of course, your nose looks huge, but hey! Everybody will be impressed with your waist size, they might not notice, eh?”   (Maybe that marketing approach needs work.)

I’m not sure if this is related (leave a comment if you have any thoughts), but when I shoot with my 70-200 set at 70mm, with the camera rotated to portrait orientation, my eyes will “snap” into focus and both eyes see the same thing at the same resolution. What puzzles me is that I was always told that 50mm is the same “focal length” as our eyes – but with the 50mm mounted on the camera, what I see through the viewfinder is smaller than what I see with my open eye. At first I assumed it was because the viewfinder itself is magnifying – but if that’s the case, then what’s through the viewfinder is larger than life — which makes the 70mm even more unlikely to match what I see with my open eye. Bizarre. I’d love an explanation of this.

Site Navigation: Websites for the Business of Photography

How to Encourage Clients to Write Reviews on Your Photo Sessions