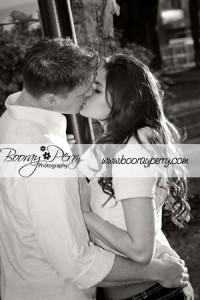 If you’re new to the wedding game you’ll soon discover that there is someone in charge at every wedding. You may think you know who that person is, they signed a contract, they paid you money, they are picking out the products… but that doesn’t necessarily mean they are in charge. No, the person that you’re working for is, to quote the movie “Swingers” the guy, behind the guy, behind the guy. 99% of the time it’s the mother of the bride.

I’ll give you an example: I recently shot an engagement session with a couple that could not have gone better. I was extremely happy with the results and so was the couple. At the viewing we spent two hours picking out specific photos for their signboard and their invitations. Later that night, I received a call from the bride:
“Booray, I think we need to change the picture for the invitations,” she said.
“What’s wrong,” I asked.
“My mother says that you can’t see our faces. She says that the picture that goes out with our invitations needs to show both of our faces from the front.”

You see? I thought I was working for the bride and groom but in fact I was working for the mother of the bride. It was my fault. Usually, I have a little talk with my perspective clients about who will be making the decisions for their wedding. The idea being that, if someone else in the family has a great deal of pull when it comes to your wedding choices, let’s get them involved in the process from the very beginning. That way I can better produce results that will make everyone happy. I even have a clause in my wedding contract that states that on the day of the wedding the bride’s word is final. I make sure I point this clause out at the contract signing, explaining that what it means is that on the day of the wedding, when in doubt, I do what the bride tells me to. If, at any point, someone asks me to do something that I’m not comfortable with or that I just don’t think is a good idea I will politely decline. But, if they are persistent, eventually I will tell them that I won’t be doing it unless the bride tells me to. It doesn’t have to be the bride, it can be someone else in the family, but what’s important is that I know before the wedding day who is in charge and who I’m working for.

Find out who’s in charge and everyone will be happier in the end.

Share on FacebookShare on LinkedInShare on TwitterShare on PinterestShare on Email
Tags: business, photography, wedding

Depth of field and light at a Wedding or Bar Mitzvah

Photobooths for Fun and Profit