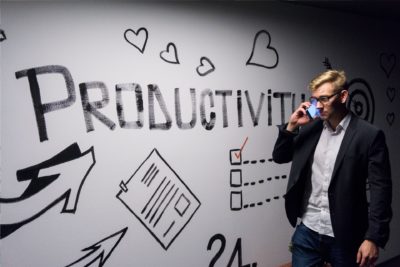 There are ways to boost your productivity without hampering your creativity. Tweaking how you work and the structure of your day can make a big difference when it comes to how much you can accomplish. 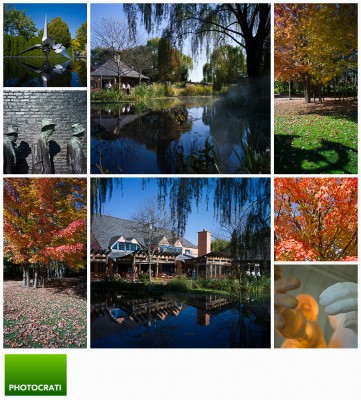 As you might know, the Photocrati theme has blog style galleries built-in.  These galleries offer the ability to display your galleries in a vertical strip.  Here is an example of…

NAS stands for network-attached storage. It essentially describes network storage options for the home and office. There’s a lot of technical gobbledygook attached to this storage option, but suffice to say that you can use it to share data among computers, use the network drive as a media hub to stream movies and tunes, share printers (via onboard USB ports), and possibly use these drives for data backups as well. Those USB ports can also be used to attach other compatible devices, such as flash drives and even hard drives (for data transfer or backup to the attached hard drive, as applicable). However, be aware that the connected drive may need to be reformatted for this purpose, which means all data will be wiped out.

Network drives look more or less like typical external hard drives, with one exception: They do not connect to your host computer but instead, via Ethernet cable, connect to your wireless network. Any computer on your network can read from and write to these drives once you’ve logged on from that computer. The drive comes pre-configured with specific “shares”—one of which is your “private” or “admin” share.

A share is a shared folder, but that doesn’t mean everyone gets to share it. It could just be shared among computers in your local area network (LAN), specifically your home network. You can password-protect shares and grant limited access, all by setting up user accounts and groups. And you can add to these at any time and adjust other settings using a Web-based administration tool. When you turn the drive on, it may take a few minutes for all the protocols to fall into place. Much of it runs on autopilot. Initially you’ll need to set up a user name and password for login (don’t lose these, or you may have to reset the entire system, which may also erase all data). That’s it in a nutshell. END_OF_DOCUMENT_TOKEN_TO_BE_REPLACED 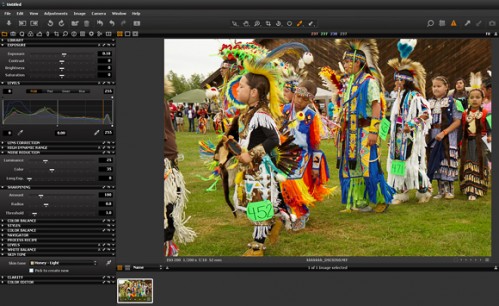 Do note that there are two versions of the Phase One 5, Standard and Pro. (For full specifics about the differences, see http://www.phaseone.com/comparison  .) Since 5 Pro offers far more editing tools – including some that are unique – I decided to try this more impressive program. Although I worked only on RAW files produced by an EOS 7D and Nikon D700, Capture One supports the RAW formats of all brands of cameras. Also, some of the software’s editing tools can be applied to JPEG and TIFF files if desired, for making non-destructive adjustments. (In the latter respect, Capture One is similar to software such as Lightroom and Aperture.) END_OF_DOCUMENT_TOKEN_TO_BE_REPLACED

One thing that many buyers of commercial photography like to see are behind the scenes videos of a shoot. It allows them to get a sense of how you like to work and what kind of shoot you might run if they were to hire you. Even for photographers working in the retail and personal fields, behind the scenes video can be a great marketing tool, showing potential clients and customers what their shoot might be like.

Of course, like photography, productions vary widely. You can shoot a scripted narrative with voice overs and scores. You can shoot a time lapse of the shoot and simply post that. The latter is certainly the easiest to shoot, and the TimeLapser app is designed to make that easy.

TimeLapser uses the built in camera to shoot individual frames, at a user-determined rate and resolution, then stitches those images together into a .mov file (at a user determined frame rate). At its heart, it’s basically an intervalometer that will combine the individual files together for you. END_OF_DOCUMENT_TOKEN_TO_BE_REPLACED

But if history is any guide, we can start looking at image quality, particularly with promised improvements to noise reduction and sharpening. Be careful not to read too much into these results, Adobe has intentionally turned off luminance noise reduction in LR3B1. Since it’s off by default in LR2, that shouldn’t impair our comparisons too much, but it is something to keep in mind.

To compare the two, I looked at differences in the results of the raw processing engines on a few ISO 3200 images of a camera bracket from my Canon EOS 1Ds Mark III.  I’ve included a pair of 100% crops of raw conversions from the same file for your comparison. These samples are illustrative of the sorts of changes I’ve seen in the handful of other files I’ve examined so far. Both samples were converted entirely “as shot” with default settings for each version of Lightroom. END_OF_DOCUMENT_TOKEN_TO_BE_REPLACED

From your iPhone?   Well maybe not perfect, but certainly better than what you’re able to do with the stock camera.   Last week I reviewed the Best Camera app and one of my complaints about the preset filters was the fact that the user can not edit those filters. The Perfect Photo app does allow more fine tuned control over the image.

Like most camera based apps you can either shoot a new picture right from the app or load one from your saved images. From there you’ve got the ability to edit several aspects of the image.

…is the one that’s with you. Or so says commercial photographer Chase Jarvis and his merry band of programmers. The Best Camera is primarily an iPhone app that allows users to enhance and share photos shot with their phone, right on their phone.

Now those of you with an iPhone know that it’s camera is pretty good, but not great. It’s certainly not going to replace your primary camera and I don’t see you shooting your next assignment with it. But it’s always with you, which makes it great for those little moments when inspiration strikes. If you’re anything like me, nothing goes out into the world without at least a little clean up in Photoshop. Small contrast moves, color correction, etc. So the ability to do it right there on the phone certainly justifies the meager price tag for this app. ($3.)

END_OF_DOCUMENT_TOKEN_TO_BE_REPLACED

We can’t always control the shoot as much as we’d like. One of my regular gigs is shooting real food prepared by real kitchen staff at real restaurants. The shots are more about the cooks and the restaurants than about my photographic prowess. Many times food comes out of the kitchen looking perfect, other times … not so much.  On these assignments I’m also usually restricted to available light, or minimal supplemental lighting. Immediately I’ve lost control over two key aspects of the shot. It’s on assignments like these that I’ll often employ a trick that’s so simple I’m almost   embarrassed–vignetting.

By artificially darkening the corners and edges of images we can direct the viewer’s eye toward the center. The trick is to not overdo it, but to have it be subtle. If you look at an image and think, ‘Oh, darkened corners,’ you’ve most likely gone too far. There are several points along the way where you can employ this trick, but my preference is in Photoshop, after the image has been cropped and the contrast adjusted.

My personal method involved the Quickmask tool and an Adjustment layer. On you image, enter Quickmask mode (Q key command) and select a round paint brush of appropriate size. Then simply mask the majority of the image. Remember this is a mask, not a selection, so the areas you paint will not be affected by the next step.